"You certainly usually find something, if you look, but it is not always quite the something you were after." - John R.R. Tolkien

Without a shadow of doubt the event, that was in our section's mind throughtout last two weeks, was local gala of Discover Europe contest (11.04), mainly because all organisational matters were on our section's shoulders. Just to remind, DE is a photography contest that is organised every year by ESN and aimed at students. The week later the most essential event for the ESN International took place - AGM 2015 in Ankara (16.04 - 20.04), where our section was represented by Marcin Wróbel. During the AGM the new board of ESN International has been elected and it has been decided that the following AGM will take place in Warsaw! In the meantime our Erasmus students:

Erasmus Forest - planting trees in Płońsk (11.04) - (the report has been written by our Erasmus student - Jannes; thank you very much for your help! - added by Przemek).

The tree planting event was one of the best events – more people thought so! When we arrived by bus, we walked to a wooden house. There was a delicious breakfast (great soup) waiting for us to be finished. Someone gave an interesting and, above all, funny presentation about a not so funny subject (congrats for that). Main thought: Poland has vast forrests and we help them making it even bigger. After the breakfast we could call the day already “a succes”. The best was about to come though. We were driven to the planting area with two trucks. Imagine 20 Erasmus people on a too small and shaking platform – yes, it was fun. The planting was very relaxing: weather was great and being in the nature was for many of us a relief, if you compare it to the stones of Warsaw. It heals your mind, believe me. After a few hours and 1400 plants, we went back to our wooden house. At this second arrival, again a big meal was prepared. Now it turned out to be a buffet. After the diner, some wine or beer and coffee with cake we were fully satisfied. Ready to go back home.

Oh, I forget something. And it’s the best thing. The people taking part were the most interesting people I’ve met in Warsaw so far. I spoke to guys from India, Mexico and Irak – some conversations were funny, others emotional. But they were all great. As you may expect, this kind of non-typical Erasmus events (there was beer, but still) attract non-typical, and thus interesting people. As always, that’s what makes the difference.

The important thing is that this event - in which Erasmus students from all Warsaw universities took part - was organised by the ESN Warsaw University of Technology. 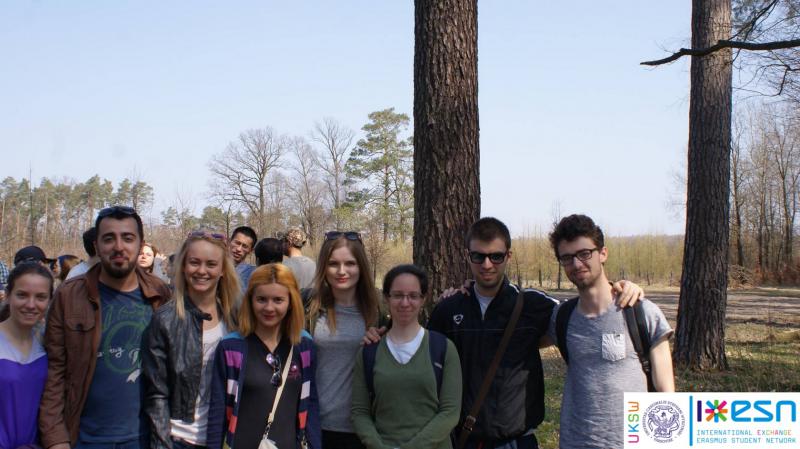 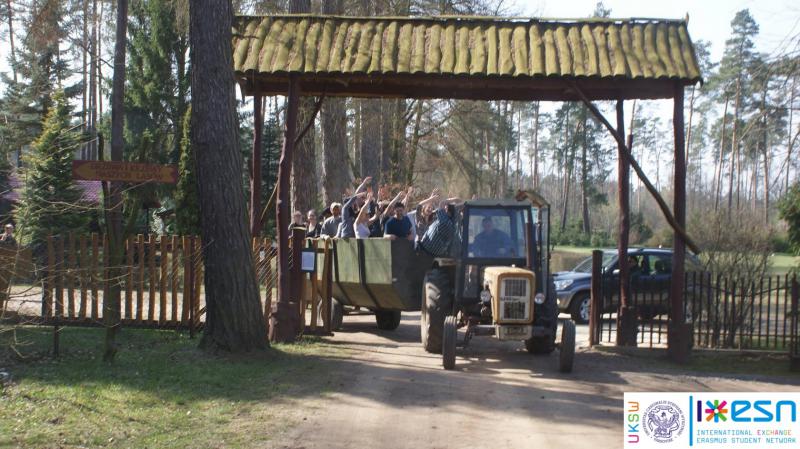 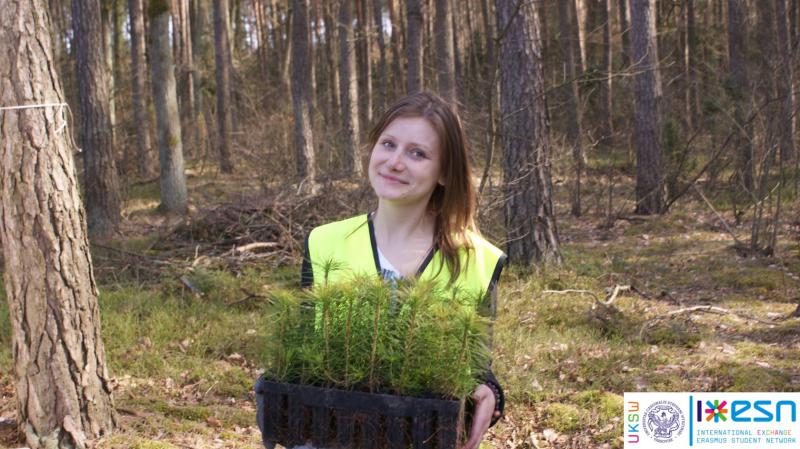 Katyń Shadows' March (12.04) - in order to commemorate the 75 anniversary of Katyń massacre, we participated in Shadows' March along with our Erasmus students. Throughout the silent march, among people wearing outfits typical for that period, we honored deaths of thousands of Polish army officers who were shot by NKVD (People's Commissariat for Internal Matters - the Soviet secret police) during the 1940 spring season. 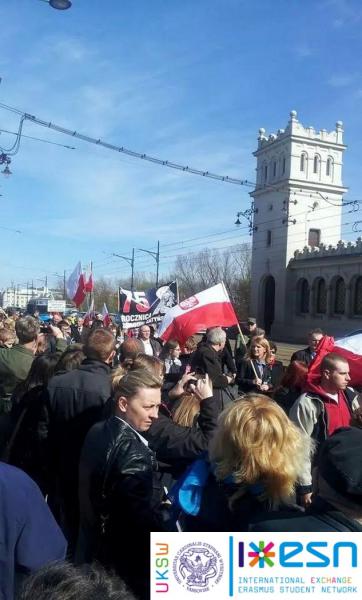 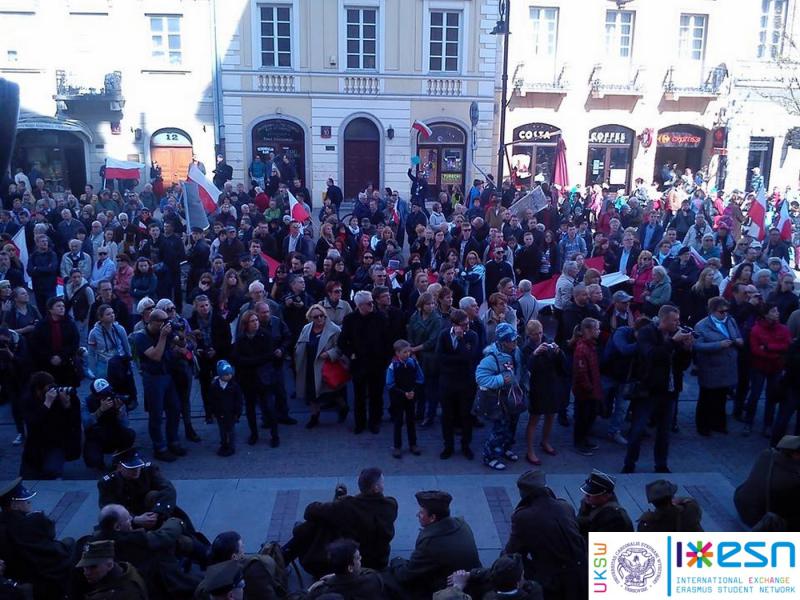 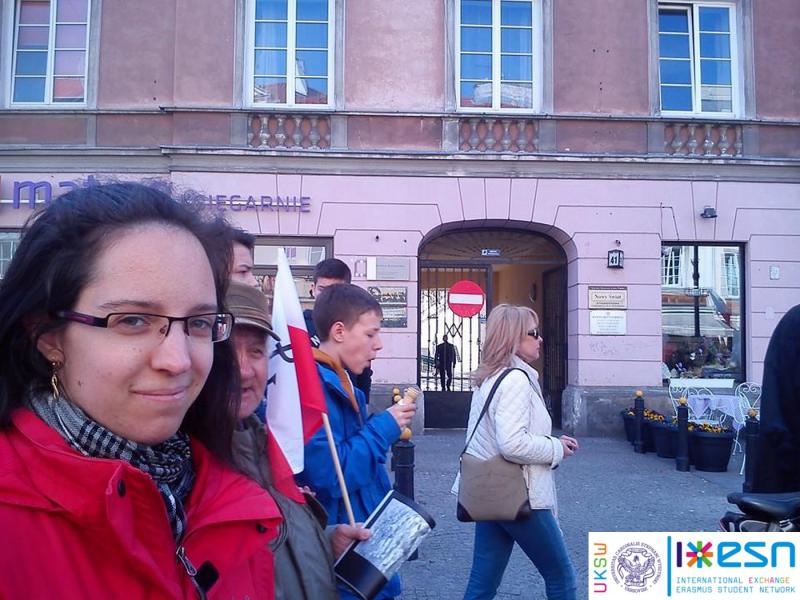 The former Warsaw Ghetto (16.04) - this time the destination of our walk was looking for traces of the Ghetto. We saw the monuments of those who passed away and lived in the area. We also saw many symbols linked to this place. Silence and void were overwhelming in this no longer existing world. 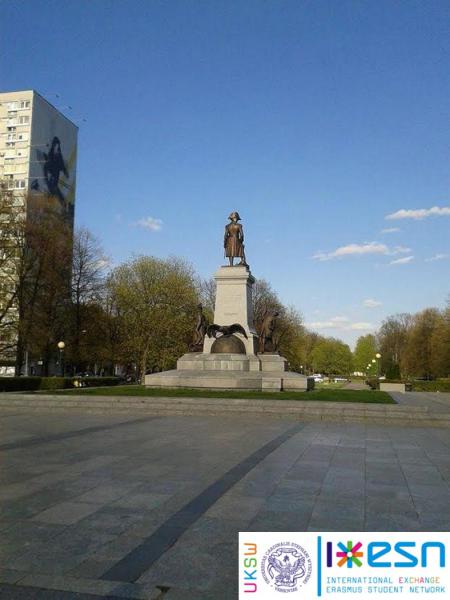 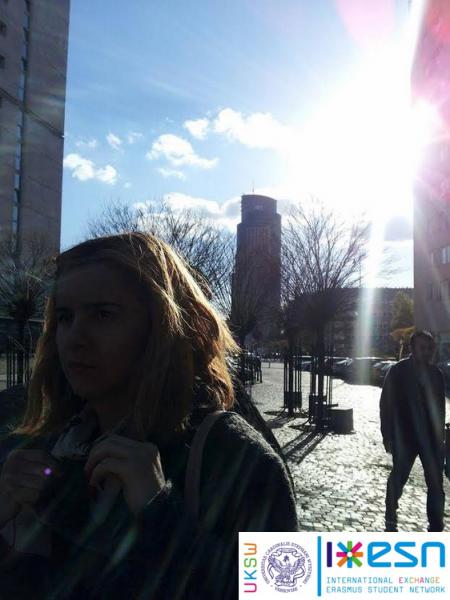 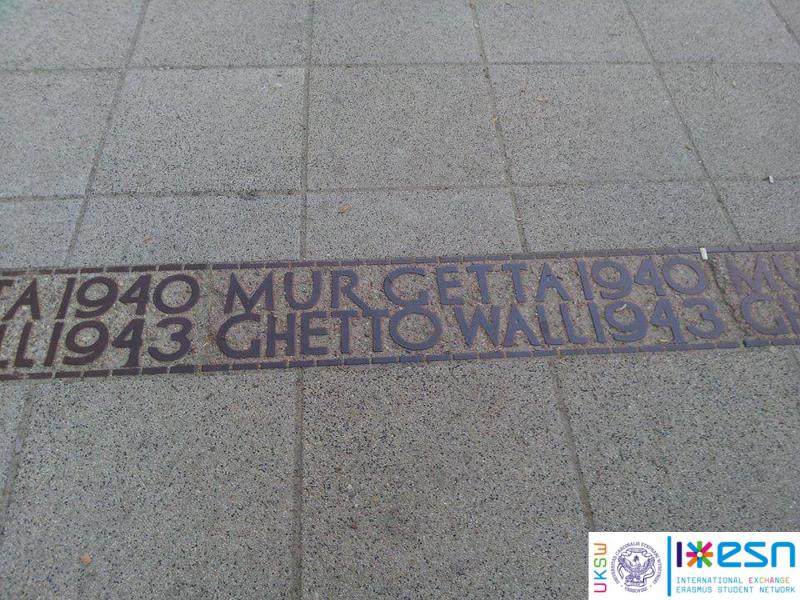 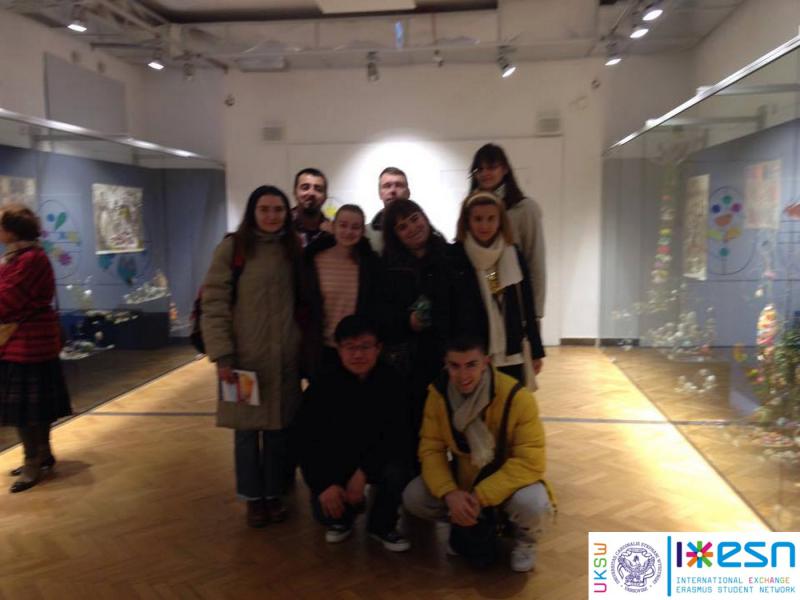 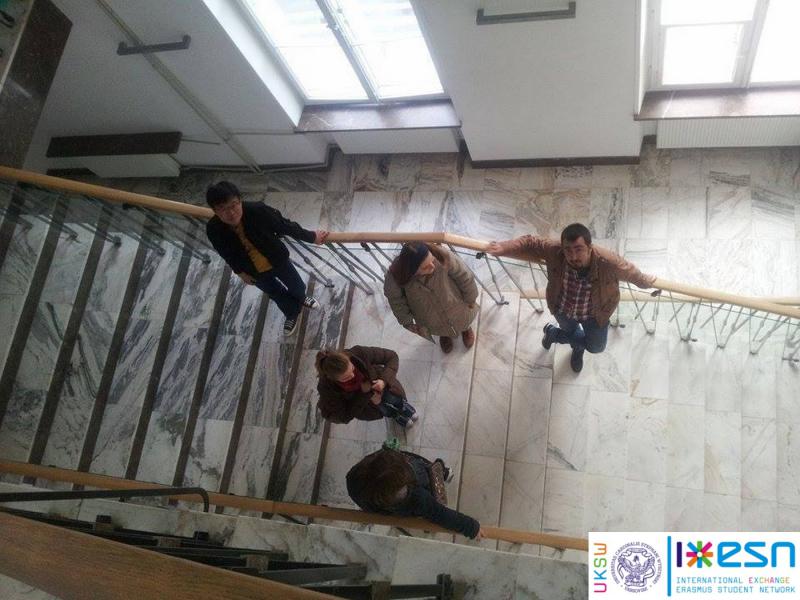 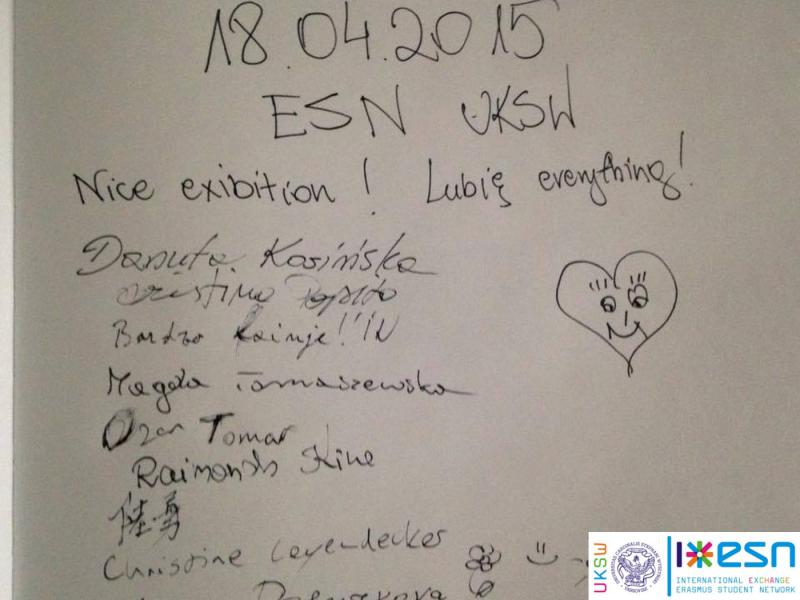